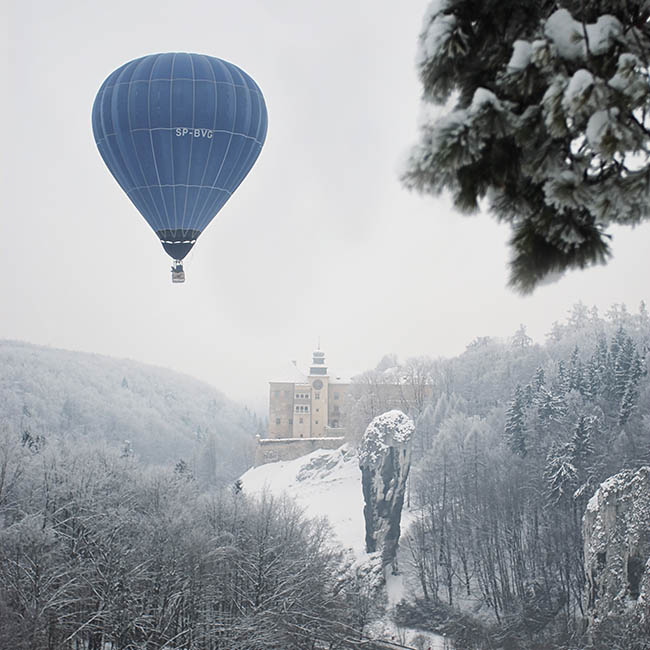 Pieskowa Skała (Polish for Little Dog’s Rock), is a limestone cliff in the valley of river Prądnik, best known for its Renaissance castle. It is located within the boundaries of the Ojców National Park, 27 km north of Kraków, close to the village of Sułoszowa. The castle was first mentioned in Latin documents of Polish king Władysław I the Elbow-high (Władysław Łokietek) before 1315, as „castrum Peskenstein”.

Pieskowa Skała castle, built by King Casimir III the Great (Kazimierz Wielki), is one of the best-known examples of a defensive Polish Renaissance architecture. It was erected in the first half of the 14th century. It is part of the chain of fortified castles along the Trail of the Eagle’s Nests, along the highland plane of the Polish Jura.

Additional fee for flying in this area is 100 PLN per person for shared flight and 200 PLN for exclusive flight.